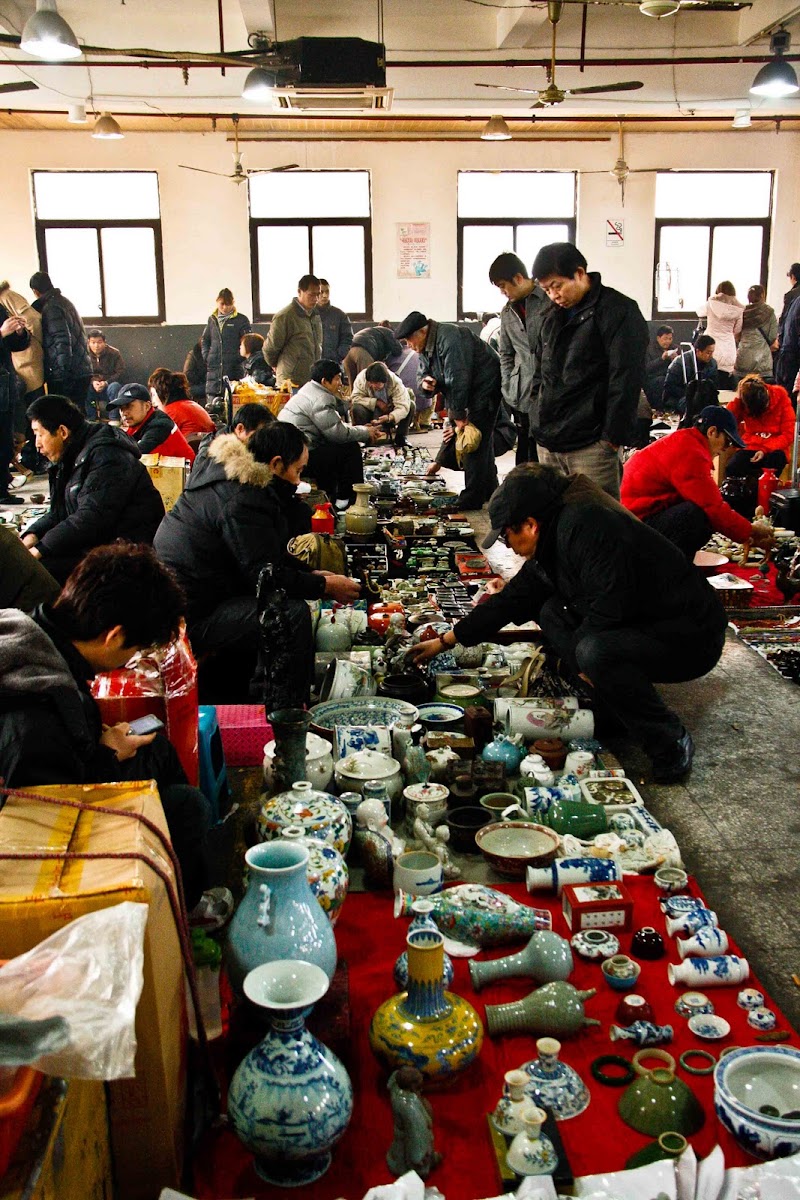 I got badly stung the last time I bought an ‘antique’ at the Ghost Market on Fangbang Lu. I bargained real hard for a 1920s era vase, and handed over my cash. As the seller wrapped up what he’d told me was a one of a kind, he made the mistake of asking if I’d like a matching one to go with it. A matching one. Right. He could bring it for next week, if I ‘d like. Now every time I go to the weekend Ghost Market I see that piece bought, replenished, bought again – it’s the perpetual vase…..Either the seller has access to the entire remaining stock of a 1920s ceramic factory, or he’s making antiques himself. Hmmm…
Not that the market isn’t also full of interesting real antiques, and I often run into antique dealers and collectors from around town amongst the old books and photos, who think there are still bargains to be had if you really, really know your stuff. Fake antiques are big business in China, and sometimes even the experts get duped. 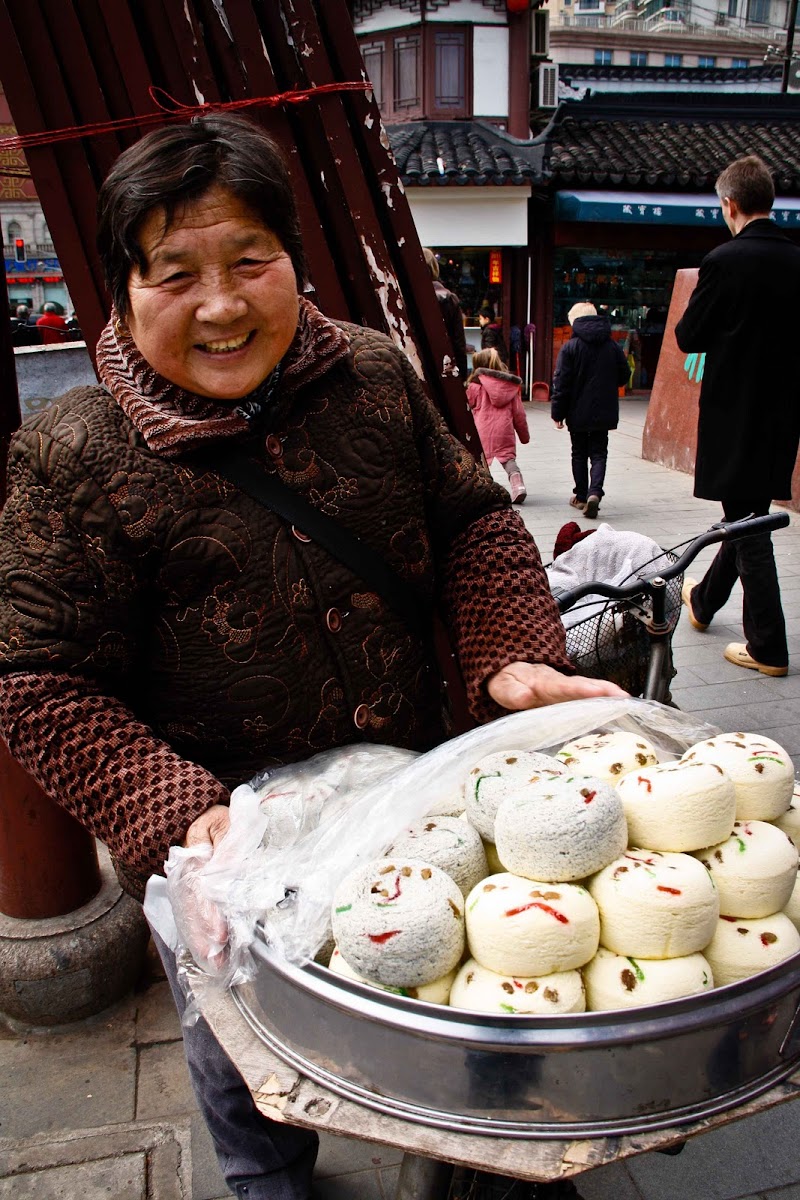 Emerging from the clouds of thick cigarette smoke inside, I walked back out on to Fangbang Lu and found this lovely lady selling steamed cakes from the back of her bicycle. I came across these delicious little cakes, topped with dried fruits, once before in the Muslim quarter of Xi’an, but on asking this lady she told me they were Dong Bei Gao – from far north-eastern China. The light sponge tastes slightly of coconut, and is cooked upside down in a special steamer with the dried fruit arranged in a pattern on the bottom, then turned out so that the pattern of fruit is visible on top. The black-speckled ones are flavoured with hēi zhī má (black sesame) 黑芝麻 giving them a slighty nutty flavour. 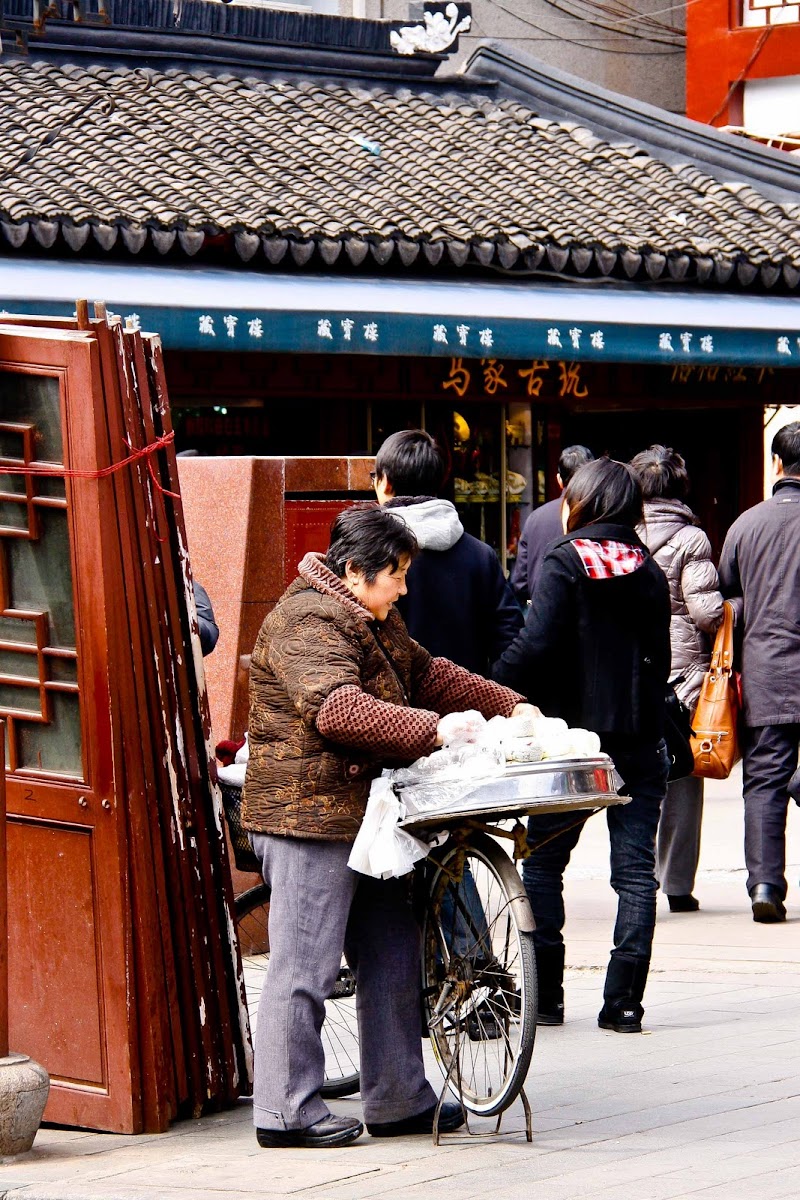 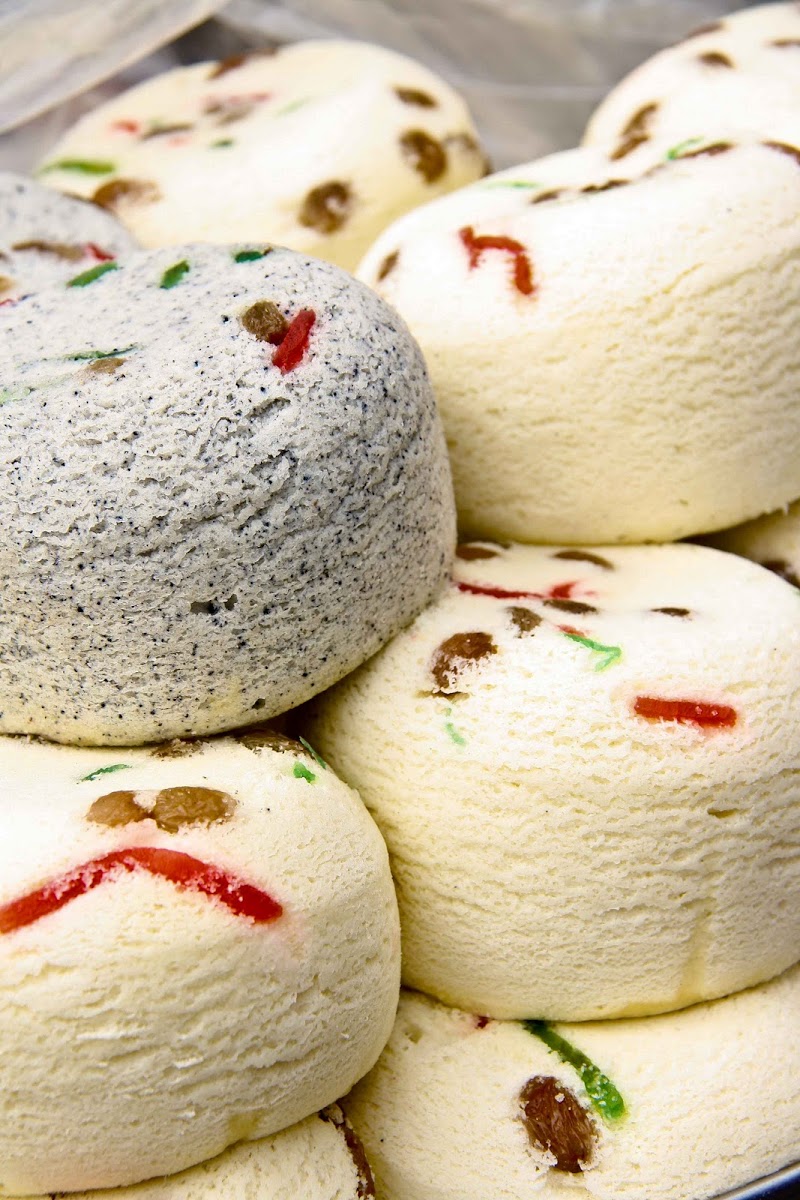 At least I know these are real – for one kuai each (16 cents), they taste great!