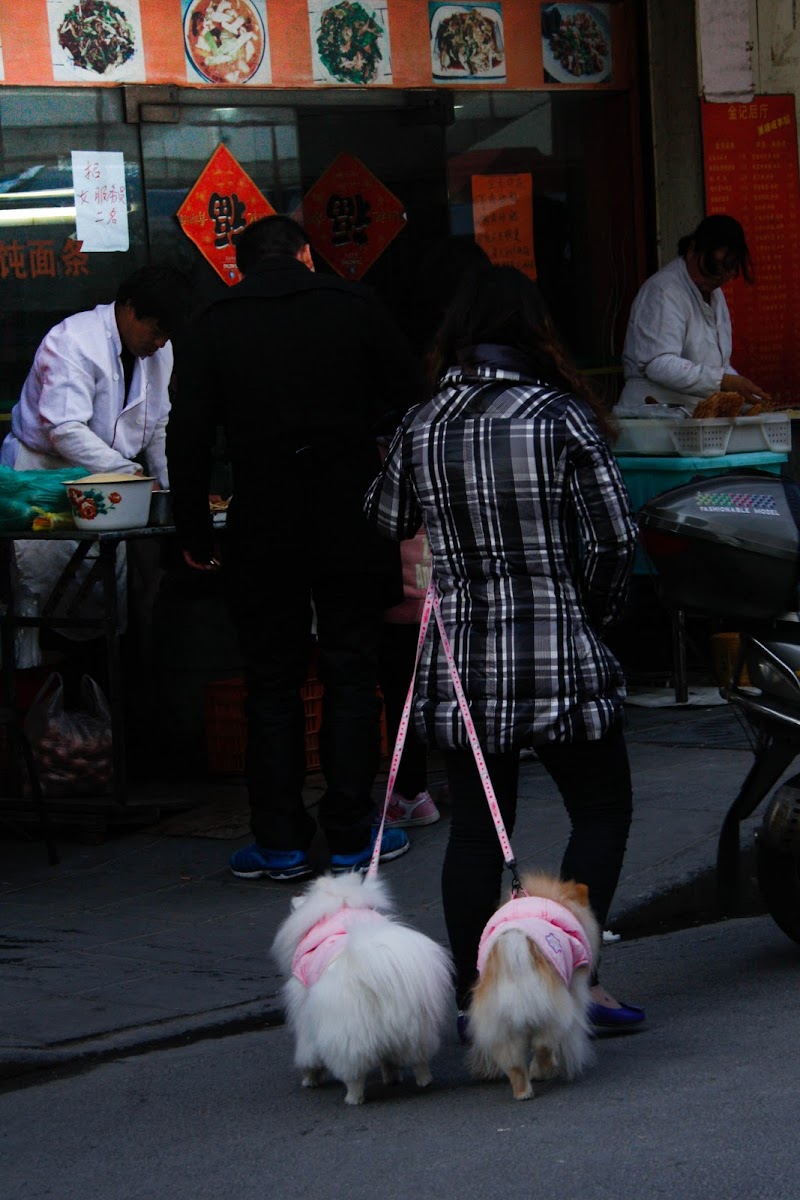 Thanks to Shanghai’s Municipal Government we won’t be seeing scenes like this for much longer in Shanghai – a pair of fluffy pooches in matching pink hoodies out for a walk. From Shanghai has decided to introduce a ‘One Dog Policy’, announced this week and due to be implemented on May 15. Echoes of 1979’s One Child Policy are now making their way into pet ownership. Will a One Cat Policy follow? How about a One Turtle Policy?
According to The China Daily Shanghai has a real dog problem – 600,000 unlicensed dogs, 100,000 dog attack incidents each year, and in 2009, almost 140,000 cases of dog-inflicted wounds were reported, and ‘a number of deaths’ due to rabies.
Rabies is a real threat in China, and currently registered dogs have compulsory rabies vaccination and micro-chipping. Although many unlicensed dogs do have vaccinations, there is no way to enforce this. The current cost of registration (1000 yuan, $160) renders it prohibitive for most people, so the new legislation will reduce the cost of regisration to 300 yuan, but increase the fine for non-compliance.
In addition to formalising vaccination for dogs, the city also hopes the legislation will clean up the sidewalks, because if you don’t clean up after your dog you now risk a 200 yuan ($32) fine. From the scenes I see every morning on my street, that shouldn’t be an issue. Dog-lovers take their pooches outside, get them to squat over a folded piece of newspaper and then wipe their bottoms for them. The whole little package is then neatly deposited in the bin.
According to Municipal Government the legislation on dog management makes it explicit that each household can have only one dog, given Shanghai’s high population density and limited living space.
If their dogs have puppies, dog owners should give them away to other eligible adopters or send them to government-approved adoption agencies by the time they are 3 months old, so as to abide by the one-dog policy.
‘The alternative‘, it said, ‘is for owners to perform sterilization surgery on their dogs‘.
I am assuming here that they don’t actually mean for the owners to perform the surgery themselves, but to outsource that task to someone with slightly more veterinary skill. Here’s hoping.